Prisoners were taken to the Stirlinghill Quarry beside

back for lunch at the prison then out again for the afternoon. 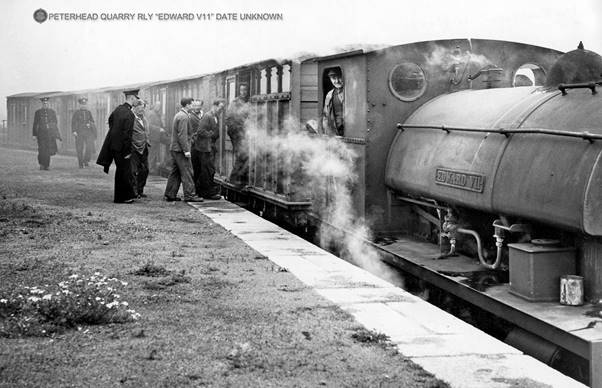 This wagon had six cells, each taking six men, standing.

A guard rode in the centre section beside the doors.

The steam train had five of these wagons

and a prison guards’ wagon at the back.

The project to build the Peterhead Harbour breakwaters

When it started, sailing ships needed a harbour of refuge

By the end, there were no commercial or naval sailing ships left.

Steam piston ships had given way to steam turbines

which gave way to diesel engines. 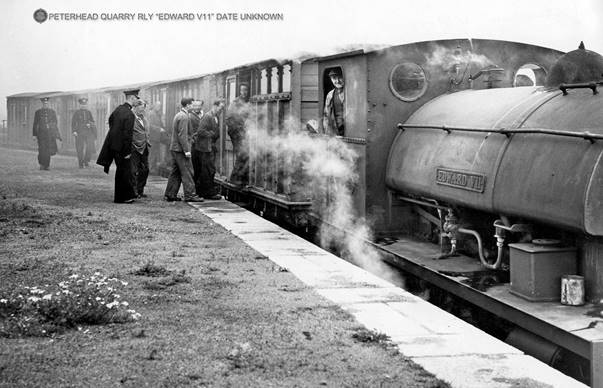 Granite was piled on the sandy sea floor to create a

foundation for the south breakwater.

The breakwater blocks were made of granite and concrete

in wooden moulds in the yard beside the prison.

Three huge cranes handled the blocks on the quays and breakwaters.

Two more gantry cranes were used in the yard.