The Admiralty ran the project to build Peterhead’s harbour. Wagons

similar to this were used to take explosives up to the quarry at Stirlinghill. 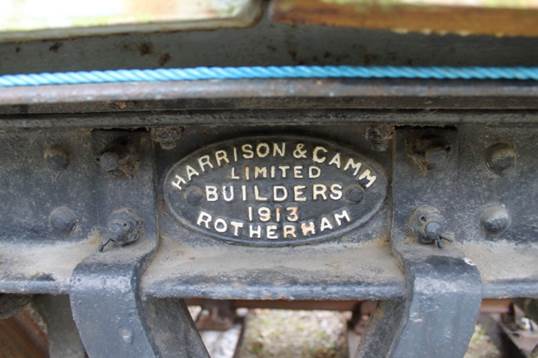 This wagon was built in 1913 just before the 1st world war. It has a sliding roof

them into the magazines. Those were the days of the ‘dreadnaughts’, massive

battleships. The historic Battle of Jutland was in 1916. We wonder if some of

the shells were loaded from this wagon.

Most Royal Naval Armaments Depots (RNAD) have railways, either standard

gauge like this wagon or smaller narrow gauge. None-the-less this is a very

We believe the wagon was probably used at Gosport, beside Portsmouth,

where there was an extensive standard gauge railway.