It was the only LNER style cabin in the North of Scotland.

It had its chimney at the front and levers along the back wall.

It replaced the North and South GNSR style cabins and, unusually,

Brucklay and Mintlaw cabins were off duty. A 'tablet' was a token

that the train driver carried to give him exclusive access to

a section of single track. Sections extended to the next open 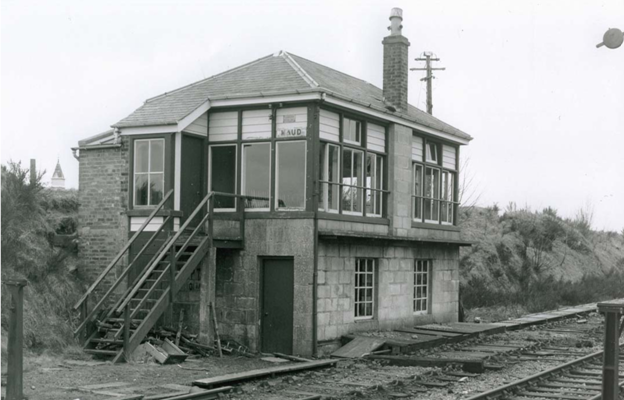 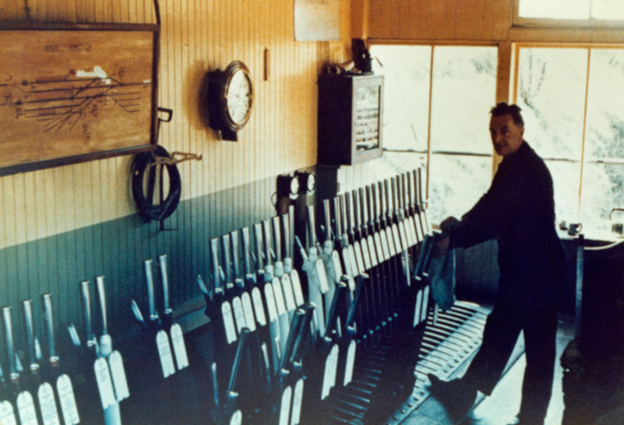